The immediate visceral reaction to President Cyril Ramaphosa’s land edict was dismay. But if you’re able to get past that, there are quite a few positives 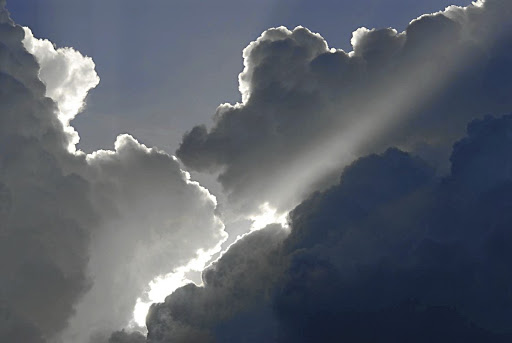 President Cyril Ramaphosa’s announcement that the ANC has decided to amend the property clause, section 25 of the constitution, to clarify in what circumstances expropriation without compensation (EWC) will be allowed, has rattled many. The fact that his announcement was made on national TV close to midnight adds to the dodgy perception.

But is the outcry justified? Is it possible that it’s an overreaction, and that there is an alternative way to interpret his decision?

Last week, I was giving a guest lecture in the law of delict at Stellenbosch University when a student asked my view on the decision. I confessed that my first reaction was shock and condemnation, as Ramaphosa was pre-empting the findings of the public consultations around the issue.

I felt it rendered that consultative process a ruse.

My initial reaction was not dissimilar from Hem in Spencer Johnson’s book Who Moved My Cheese, who, after seeing the cheese disappear from its usual place, complained: “Who moved my cheese?”

But later, after I’d decided to transcend the victim paradigm and stop complaining about who moved my cheese, I considered alternative ways of interpreting the decision. This led me to an unexpectedly positive view of Ramaphosa’s action.

What can possibly be positive about an action that has spurred so much condemnation and hysteria, you might ask. Well, there is a silver lining to the ANC’s plan to amend section 25.

For a start, the announcement removes uncertainty. The ANC has played open cards about its plan to amend the section to make it very clear that EWC will be constitutionally permissible in prescribed circumstances. An amendment will specify those circumstances.

Now, certainty is essential to the rule of law and risk management. Why would it hurt anyone to clarify that the constitution permits EWC in appropriate circumstances?

Would such certainty not assist investors to anticipate risks?

For example, we’ll then know exactly which farmland and which development land would fall outside the criteria for expropriation.

Another positive is that an amendment will ensure there is no ad hoc experimenting, which could open the way for unlawful expropriation. Those who have experienced EWC (such as on trust land controlled by traditional leaders) can expect wording that puts an end to arbitrary deprivation of their rights. The process will also allow everyone an opportunity to influence the wording of the amendment. This can’t be bad — especially since the current public consultations have been curated in a binary fashion that gives land-hungry people two choices: landlessness or expropriation.

A third positive is that the ANC will be showing its hand on land before the election next year.

If voters don’t like it, they can deny the ANC the two-thirds majority needed to change this part of the constitution.

Still, from a strategic point of view, I was surprised by the way Ramaphosa did this. He seems a business-literate person, so I would have expected him to lay some groundwork for such an important announcement. I feel he fell short when it came to inspiring confidence and hope.

It was he who said he intended to act like Nelson Mandela. I’m sure a night address by Mandela would have assured the nation that we would break the back of poverty and deal with national wounds. That’s what Madiba did when Chris Hani was assassinated. He remembered that leaders are dealers in hope.

Still, I believe the doom prophecies about SA being on the road to a Zimbabwe-style ruin are an overreaction. My humble advice is we should have a little faith.

By promising land expropriation without compensation, and blaming the constitution, the ruling party risks selling an illusion
Opinion
5 months ago